Amber Williams has seen better days. But the mother of four girls isn’t complaining. Her young family has a roof over its head at the Urban Ministries homeless shelter in Durham. There’s food to eat. Her middle school-age daughter has a reliable internet connection to access online classes at Lucas Middle School, which is holding virtual instruction because of the COVID-19 pandemic.

“I think it’s excellent,” Williams said of remote learning. “My daughter actually pays attention more online. With her mathematics, she’s learning more, understanding more and even breaking it down to tell me what’s going on.”

Williams is working to get her 5-year-old daughter enrolled in kindergarten. Her two older daughters, ages 16 and 18, live with family and are enrolled in school, she said.

Because she’s no longer spending long stretches of the day working to secure basic needs, Williams has found time to pursue jobs she hopes will free the family from the debilitating grip of homelessness.

“I’ve got a job interview,” she gushed after ending a phone call with a potential employer.

Williams and her children have been homeless for more than two years. “We’ve been back and forth with family and friends,” she said. “We reached the point where we didn’t want to be a burden to anyone, so we called the shelter, told them about our situation and within a week they called us to come live here.”

Over the same period, 73% of North Carolina’s families with homeless students lived “doubled-up” with family or friends, according to the National Center for Homeless Education (NCHE) housed at the University of North Carolina at Greensboro.

A little more than 14% lived out of hotels and motels, while 8.5% took up residence in shelters, transitional homes or temporary housing waiting for foster care placement.

Williams’s children are among the thousands in North Carolina enrolled in the state’s public schools who fit the federal homeless definition because their “primary nighttime residence is a supervised or publicly operated shelter.”

At times, Williams’ children have met that part of the definition too.

“We were in between a lot of places — from the car and family members to friend’s homes,” Williams said.

Asked how she managed to keep children engaged and on task while experiencing homelessness, Williams responded, “Prayer, practice, love.”

The U.S. Department of Education defines homeless youth as youth who “lack a fixed, regular, and nighttime residence” or an “individual who has a primary nighttime residence that is a) a supervised or publicly operated shelter designed to provide temporary living accommodations; b) an institution that provides a temporary residence for individuals intended to be institutionalized including welfare hotels, congregate shelters, and transitional housing for the mentally ill; or c) a public or private place not designed for, or ordinarily used as, a regular sleeping accommodation for human beings.” This definition includes both youth who are unaccompanied by families and those who are homeless with their families.

Numbers were holding steady prior to the pandemic

The state has more homeless children than are reflected in educational reports, because children too young to enroll in school aren’t part of the count.

Throughout the nation, approximately 1.5 million children are considered homeless. To put that in perspective: That’s about the same number of students enrolled in all of North Carolina’s public schools. Advocates for the homeless feared the numbers could spike when a federal ban on evictions put in place in response to the pandemic expired. Those fears eased somewhat when the Centers for Disease Control and Prevention issued a nationwide eviction moratorium to extend the ban through the end of the year, but many advocates have called this action a partial solution at best. Jim Barrett, executive director of Pisgah Legal Services told the Asheville Citizen-Times earlier this week that, without substantial new federal aid to support affordable housing, the CDC order amounted to “kicking the can down the road.”

Lisa Phillips, the NC Department of Public Instruction’s state coordinator for the education of homeless children and youth, didn’t have certified data to share for the 2018-19 school year, but said preliminary numbers are trending higher than the previous year. That was largely because damage from Hurricane Florence that year left many families without a place to live.

“They’re [the U.S. Department of Education] in the process of certifying the 2018-19 school year so we don’t have an official count that we can release, but I can share with you that during the 2018-19 school year — that was during our hurricane that North Carolina experienced – we had an increase of approximately 8,000 students experiencing homelessness [compared to the previous year],” said Phillips, whose department is also located at UNCG.

Data collected for the 2019-20 school year show the number of homeless youth is similar to 2017-18 numbers, she said.

Still, the pandemic and the recession to which it has given rise are clearly adding to the problem. WTVD News reported earlier this week that in Wake County, “there has been a 27 percent increase in the number of people experiencing homelessness in the last six months, during the pandemic, compared to six months prior to COVID-19.”

When the pandemic forced Gov. Roy Cooper to close schools in mid-March for in-person instruction, educators worried about losing track of the state’s most vulnerable children. The challenges for struggling families, particularly those in low-wealth, rural districts, have been well-documented since the pandemic upended the 2019-20 school year. Far too many of those families didn’t have broadband access to connect to remote learning, and many didn’t have the electronic devices that would allow them to even try. Many of those parents are essential, frontline workers who earn a living working in nursing homes, hospitals and grocery stores. They don’t have the option of working from home to guide their child through the maze of online learning.

The pandemic also revealed how dependent some children and their families are on meals provided by school districts. Some districts continued to provide food even after school buildings closed in March.

When schools were open for in-person instruction, it was easier for administrators and teachers to identify students in distress. Students experiencing homelessness stand out. Parents unable to seek medical care for a child with a lingering illness are a good indicator of homelessness. And so too, are persistent hunger and unclean clothing.

A student who routinely comes to class without basic tools such as a pencil, paper or books may also signal that a child doesn’t have a “fixed, regular and nighttime residence” or is living in a shelter or some other temporary housing.

A majority of North Carolina’s 1.5 million K-12 students are learning from home to start the 2020-21 school year, which makes it more difficult for administrators and teachers to detect when a student is homeless. “It’s much more difficult to see a child on a video screen and determine if they’re clean. Do they have what they need? Are they hungry?”  Phillips said.

A shortage of affordable housing

Durham’s population has grown by 20% since 2010. The city once run by major tobacco interests is now one of the state’s hubs of medical and technical innovation. Tall office buildings and expensive condos dot the landscape, replacing empty, boarded-up storefronts. Restaurants and bars now bring thousands of nighttime visitors (or, at least did so prior to the pandemic) to what used to become the most desolate part of the city, after government office buildings close.

Many surrounding downtown neighborhoods once filled with working-class African Americans and newcomers from Central and South America have given way to young, white newcomers jogging, biking and pushing strollers in the afternoons. Rents have been driven beyond affordable for families struggling to make ends meet on less than $15 an hour.

The city’s transformation is one cause of rising homelessness, says Ebony Thomas, the McKinney-Vento coordinator for Durham Public Schools.

Each school is required to have a homeless student coordinator under the McKinney-Vento Act, a federal law that ensures the right of students to go to school even when they are homeless or don’t have a permanent address. The law’s intent is to reduce barriers that prevent homeless youth from enrolling, attending and succeeding in school. Those barriers include lack of transportation, meeting residency requirements and documentation requirements such as birth certificates and medical records.

“Prior to the pandemic, our homeless numbers have been growing all across Durham,” Thomas said. “We have limited affordable housing, one family shelter, so that has been an ongoing problem that we are trying to manage.”

About 49 of the state’s school districts receive McKinney-Vento subgrants to help them meet the law’s requirements.

Families have 30 days to provide such documentation, but the law allows them to immediately enroll a children in school.

If Thomas could wave a magic wand and improve conditions for homeless students and their families, she would increase the city’s affordable housing stock and create more shelters to house families experiencing homelessness.

“We need more affordable housing; we need more shelters to support our families so that no one is unsheltered,” Thomas said. Millions Of Jobs Hiring Near You 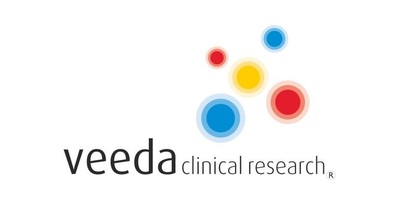 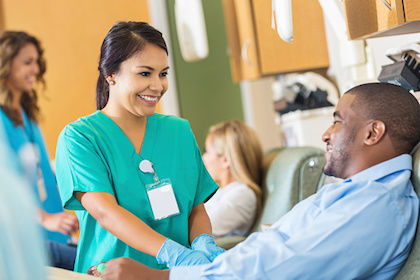 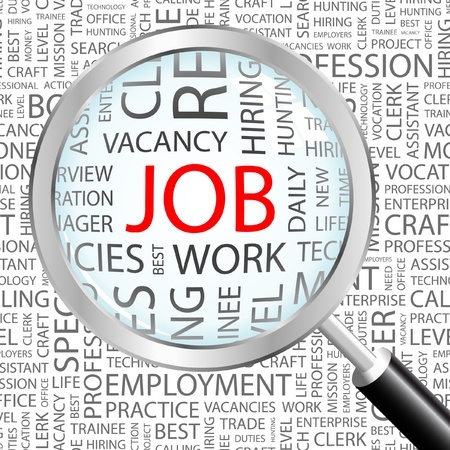